Please indicate below the emails to which you want to send this article: VASST, Kant, Hypnosis, and Principled Didacticism. 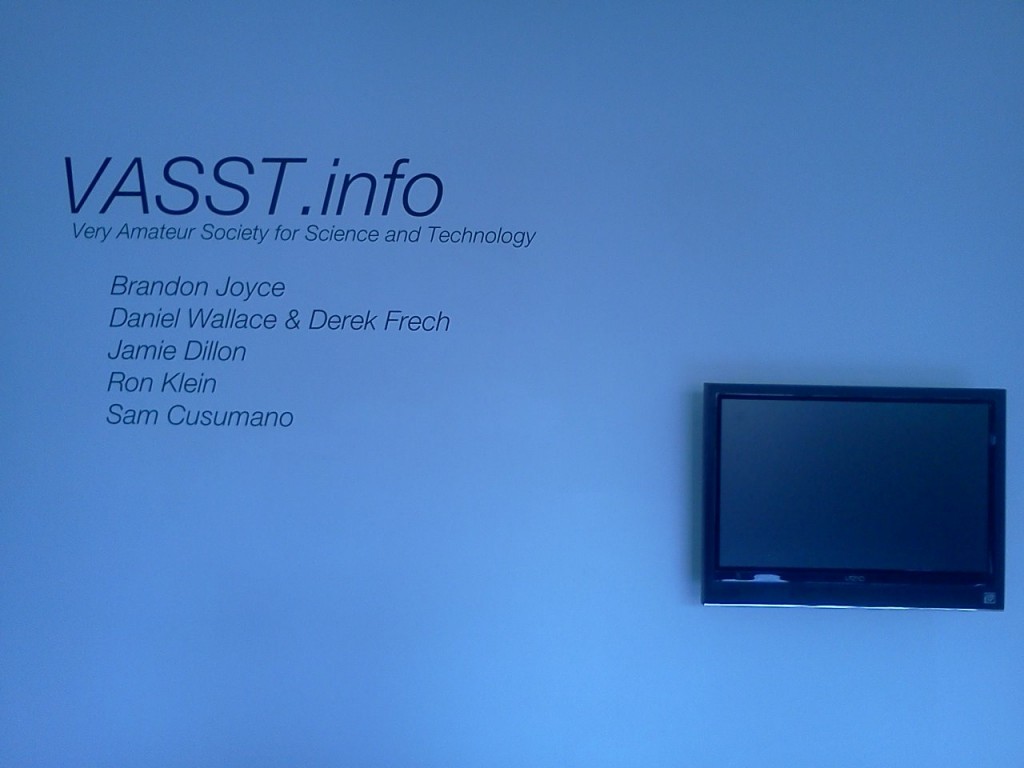 Dear friends of Principled Didacticism, I have a little hypnosis experiment installed at Esther Klein this month, for Vasst, curated by Beth Heinly. Pop in some time, if you happen to be in Philadelphia. Tracks will soon be available online, and for your smart-phone. Here’s the short description:

Call it a foray into “transcendental science.” Hypnosis seems to me like an ideal laboratory for screwing around with certain ideas found in Kant’s The Critique of Pure Reason. With the eyes closed, the body immobile, and the mind in a hypersuggestible state, we are a bit more isolated from the empirical world; able to better see how we impose certain a priori concepts— like Substance or Causality— onto our world.

The hypnosis station will include tracks dedicated to various Kantian categories, as well as a few other topics, for your edification.

The tracks include the preface, the hypnotic induction, experiments on causality, space, substance, and the transcendental subject, as well as tracks to help you gain weight and lose confidence, and for using hypnosis in the hallowed art of seduction. Many more, coming soon (longer description pasted below) 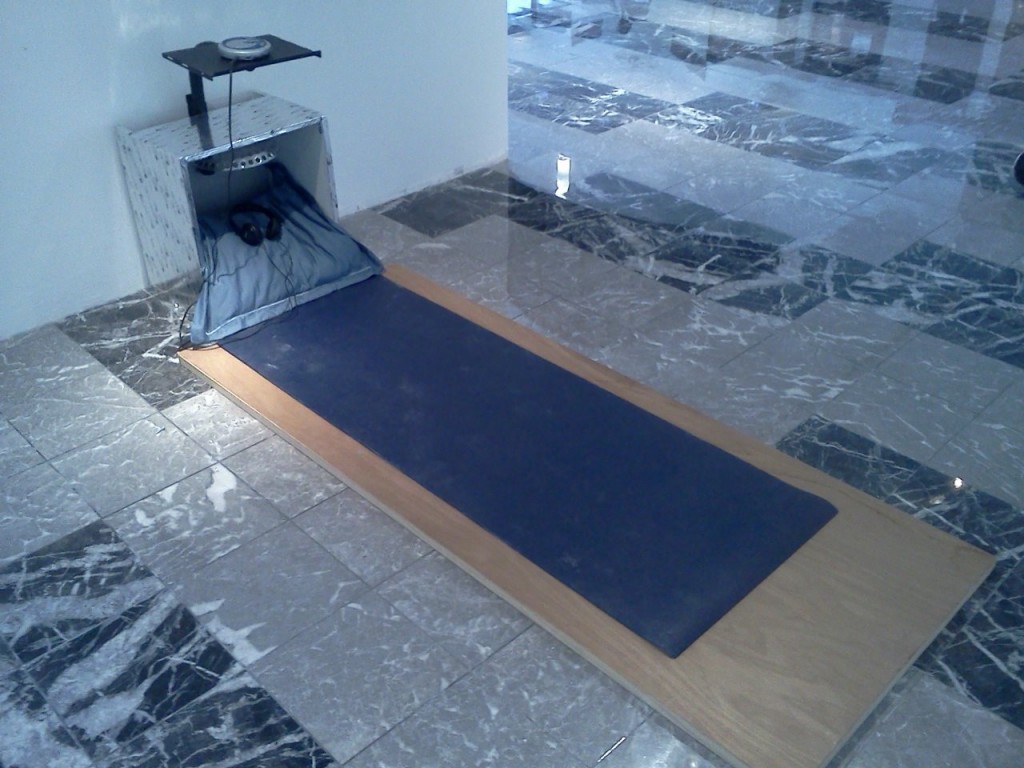 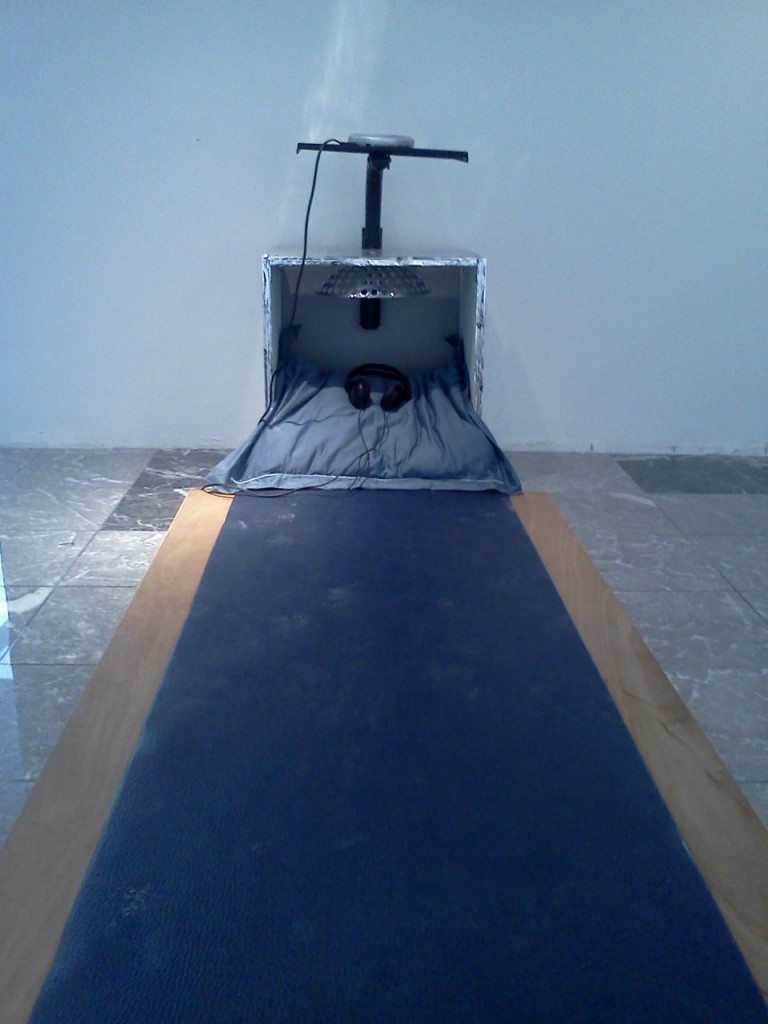 In 1781, Kant published The Critique of Pure Reason. The idea behind this book was to describe how experience comes about and where knowledge comes from. Kant had come up with a clever compromise between the Empiricists, who thought that everything was impressed upon us by the world, and the Rationalists, who thought everything could be found and confirmed within the inner mind. Kant’s compromise was this: there are some things that the world impresses upon us, empirically, through the senses, and there are other things— certain concepts— that we impose upon the world to give it form and order. The Critique of Pure Reason was Kant’s attempt at demonstrating which was which— and at laying the foundations for knowledge and experience on the “transcendental.” Kant penned a fairly specific account of these transcendental, or “a priori,” concepts. They included Time and Space (what Kant called our “Transcendental Aesthetic”), Causality, Substance, the Self (or more specifically, what Kant called the “Transcendental Subject”), and a few other categories. Again, we do not find these concepts out there, in the empirical world, even if common sense tells us as much. We impose them upon our world in order to make sense of it.

One of the things I find juicy and intriguing about all this is the possibility of a “science” of the transcendental, of a non-empirical science that is still capable of experimentation. What makes it even trickier is that I do not consider these concepts to be fixed and universal in the same way that Kant did. I think that our concepts of Time, Space, Causality, Substance, etc., can bend and shift and warp, and do so quite frequently, and often imperceptibly. They are ordering principles, like coordinate planes in geometry, or like systems of measurement. And just as in the choice between polar or Cartesian coordinates, or between English and metric systems, we can use a variety of ordering principles to make sense of things in the empirical world. But the problem is: how do you go about demonstrating this? How do you going about making an experiment?

You can’t very well measure the non-empirical. If time seems slower, or space smaller, you are hard-pressed for notation, since any form of notation will be within the interpretive grid of whatever sense of time and space, or whatever category, you might be employing. One of the best things I could come up with in terms of demonstration was the hypnotic setting. Hypnosis seems like an ideal laboratory for “Transcendental Science.” With the eyes closed, the body immobile, and the mind in a hypersuggestible state, we are probably the closest we will ever get to being free from the empirical world. It’s a state in which can best witness ourselves imposing things on our experience, undistracted by the “rhapsody of perceptions.”

This is also why I think it’s no coincidence that hypnoidal settings— like meditation— often stumble into Kantian territory before too long, often even employing language very similar to the Critique to describe their discoveries. What I have tried to do in these experiments is to employ hypnosis in order to toy with these Kantian concepts a little, hopefully getting the subject to see this imposition in action. If the subject can sense these concepts bending, shifting or warping, I consider the experiment a success. The first part of the experiment always consists of hypnotic induction by audio, that is, relaxing and desensitizing the body while putting the mind into a more-malleable, hypersuggestible state. The second part consists of an experiment with a concept, such as Substance or Causality. I’ve also included a few extra tracks— for your enjoyment— to further explore the possibilities of hypnosis outside of the Kantian framework. I hope you enjoy these experiments.”

Please indicate below the emails to which you want to send this article: VASST, Kant, Hypnosis, and Principled Didacticism.