Please indicate below the emails to which you want to send this article: _SPFPDF_

Do these things already happen? We got together for an IRL pdf swap— file sharing in physical space— poolside at my friend Hayley’s residence in Hollywood. This was more of a test run, actually, for what I hope will be a much bigger, busier version: a giant pdf-swap with tents, folding tables, and long printed-out lists— and in a form that hovers somewhere between a gun show and a third-rate hotel convention. I want to amass a true library. A portable archive to rival a college collection. A solid terabyte of philosophy, lit, history, art, anthro, bios, econ, tech, science, instruction manuals, repair manuals, mechanics, loompanics, whatever. I know that you can still acquire pdfs and ebooks online fairly easily; the IRL swap has benefits beyond acquisition.

Not only are humans social animals; we also love to browse. We like to rack up recommendations, find things that we weren’t looking for, meet people that are amped on similar obsessions. What is first seen as an inefficiency (entering a bazaar in lieu of digital home delivery) is soon recognized as a much needed but often neglected function of the marketplace: transaction as interaction. We can even call one aspect of this inefficiency into question, considering that search-and-downloading online cannot really compete with the speeds of copy-and-pasting items drive to drive. I just about quintupled my pdf stash in under an hour… not too bad. Plus, interactions intensify when the transactions are perceived as borderline illicit. It’s highly unlikely that the pdf-police would raid a bookswap (though stranger things have happened), but the more I can make it feel like a sketchy underground samizdat, the better. It’s funner to play at countersurveillance. Backrooms. Passwords. Nods. Briefcases. Cloak and dagger. Spy-vs-spies roaming around with thumbdrives under their trenchcoats. I always like to think back to encyclopédistes like Diderot publishing their works secretly, pseudonymously, or abroad in Holland or Switzerland to avoid exile or a dreaded lettre de cachet. I wouldn’t wish that atmosphere back but it definitely gives things an edge.

If the swap was truly illicit, or if such an atmosphere ever did return, the IRL swap works off a principle that would be applicable in a variety of freedom-fighting situations. I’ll call this the principle of “amphibianism.”

If you’ve ever learned anything about tracking from movies (like Butch Cassidy and the Sundance Kid), it’s that when being pursued over land, the best way to lose your pursuers is by wading through rivers, creeks, or swamps. This breaks off the trail of both your scent and your footprints. Likewise, when being pursued on water, the best escape involves pulling vessels up onto land and remaining hidden (this, from Huckleberry Finn). Land and water are two very different forms of space, requiring very different forms of coordination; methods of control and surveillance consequently move very poorly in between them. The IRL swap is pulling the same step on cyberspace (whether IRL would be land or water is debatable). What I love is that, since the internet and telecommunications are now considered so all-encompassing, physical reality has now turned into something of a secret passageway. This marks a considerable, collective shift in our ontologies.

Your ontology is your conception of “what there is,” of what it means for something “to be” or “to be real,” or in what ways that something is or is real. Contemporary life has now accepted, in a very pragmatic sense, a doubled ontology: both physical space and cyberspace are equally real for us, although real in different modes. Our ontological categories are constantly sliding, both historically and personally. They’ve probably slidden for you too in recent years. Once upon a time, I felt an anxiety whenever I had only saved things digitally, on a disk or online. I needed hard, physical copies “for safe keeping.” It seemed realer. Years later and I now feel an equal but opposite anxiety whenever I only have hard copies: the current need is to digitize, and not just on one drive, but on multiple drives, as well as online— assuringly beyond the vicissitudes of the material world. Only then are these things “safe,” with at least one version locked away in each realm.

This ontological shift occurs “in a very pragmatic sense” not merely because our behaviors reflect an attitude change about what is really real. These new behaviors constitute our new ontology and what we think is really real, and in what specific ways. In other words, we don’t just have this grand metaphysical scheme of things and then act accordingly; we act, live, and strive, and through this arises our grand metaphysical scheme of things. I guess most of Christendom has lived for centuries under a doubled ontology of matter and spirit, a dualism; so this is not a new development on Earth. But I will say that the IRL/URL split is probably more of a blend, running from the seeming ethereality of cloud storage to mirrored sites to email accounts to hard drives to solid-state electronics and fibers and then into what we have classically considered the physical world. So, really, all things are amphibian to some degree; we are all amphibian to some degree; some amphibians are just slippery-slimier than others. Amphibianism: every little hop makes the signal drop.

I’m thinking: a space or gallery in Los Angeles, May sometime, two hundred people, twenty stations. Smooth but not too efficient. 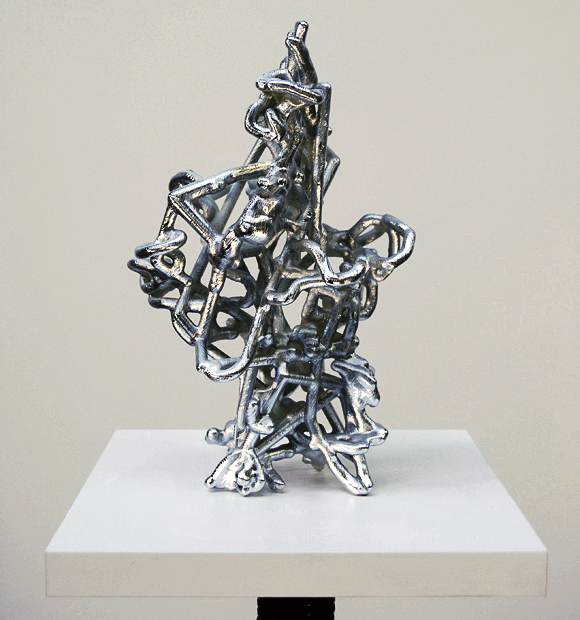 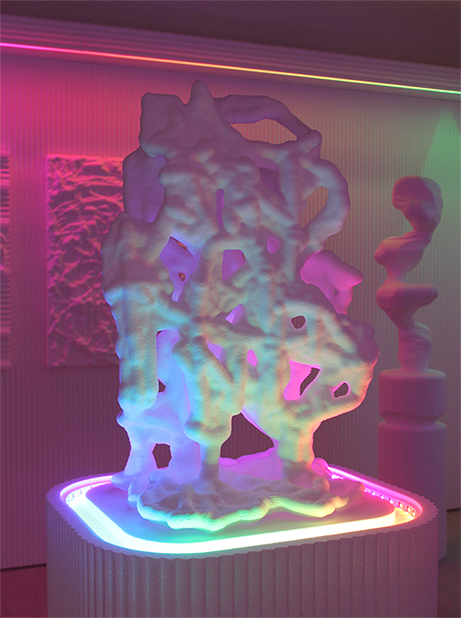 Some amphibian works by Ben Phelan.

Please indicate below the emails to which you want to send this article: _SPFPDF_

This entry was posted in Uncategorized and tagged IRL, URL. Bookmark the permalink.