QP(1.1) Expanded Notes to Self: Equity, Iniquity and Inequality. “Passions, Talents, and Efforts”

Posted on September 18, 2014 by brandonjoyce

Please indicate below the emails to which you want to send this article: QP(1.1) Expanded Notes to Self: Equity, Iniquity and Inequality. “Passions, Talents, and Efforts”

Equality is a noble end for the most part, and we generally consider relative egalitarianism a value in its own right; stark inequality figures in few utopian visions. That being said, equality and egalitarianism are as much a means to the best, most flourishing social reality as they are an end. Or flipping it around, we can say that stark inequalities— large imbalances of power— are the surest means to the worst forms of social reality, to suffering and cruelty, to cities of blood. Which stands to reason. Severe power imbalances create simultaneously the two conditions in which human evils really thrive: impunity among the overpowerful and desperation among the powerless.

Moral sense, ethical thinking, and human decency all depend on weighing the human consequences of words and actions, but what are human consequences for the desperate or the immune? Little surprise that things quickly turn so shitty; that inequality leads to iniquity. The desperate don’t have the luxury; the future must be sacrificed to present need— sometimes the “total need,” as William Burroughs warned. From pain, fear, hunger, hurry, addiction, and dire disenfranchisement, we do things that we never would and tell ourselves “okay, just this once.” “Erst kommt das Fressen, dann kommt die Moral”. If troubles persist, just this once becomes a way of life, and before long you’re knifing tourists for iphones, exploiting friendships to escape debts, or slaughtering nearby villagers for fear that they might get to you first. And haven’t most of us, at one time or another, when things seemed hopeless, grim, or panicky, noticed some weakness or willingness inside of ourselves?

Impunity reduces people to objects as well. To chattle rather than targets. With its distance from human consequences, its evils go down smoother. Its evils are far easier on a conscience which quickly loses form without anything pushing back (not to say that sadists can’t also enjoy their impunity up close and personal; it’s just unnecessary). Impunity, because it results from a far greater share of power, can wreak far greater evil as agent. One signature— millions suffer. It’s also the half where we ought to aim solutions. Police the evils of the desperate all we want, insist that the desperate be “more moral” until we’re blue in the face, punitively grind in the social resentment still further— on the whole it won’t work. Not in any lasting, meaningful way. What to do instead? Counter and diminish overpower. Stay suspicious of overaccumulations of power of any form, in any hands. If overaccumulations are not evils in themselves, evils are soon to follow. Impunity and desperation come together hand in hand, as surplus and lack, and sometimes (as in war) mingle with a couple’s intimacy to create the worst of all possible worlds. Escaping the net of human consequences, they form the dark exteriors of the moral sphere.

Nietzsche nailed it in The Genealogy of Morals when he traced moralities as historically emerging from relations to power. I differ with the final lesson though. For Nietzsche, the physically strong, the warring, the dominant and despotic classes valuated their actions according to a “master morality” which congratulated as “good” anything that enhanced, enacted, or celebrated their dominance (and the will to power as the wellspring of life). They reserved the term “bad” for their slaves and the slavish— the weak, withering, unable, and whatever sapped the vital forces. In what was something of a revolt, then, the dominated classes imagined their own morality, a “slave morality” that invented a new slur for these master classes: “evil.” Goodness was, for them, a negation instead of an affirmation of power, an opposing term for “evil.” In this way, Nietzsche thought the slave or slavish could rationalize away their own weakness or failure as a virtue. He made little secret that his admiration for the “noble” master morality matched his contempt for the slave morality, and its later Christian and democratic incarnations, which “opposed in principle everything that dominates and wants to dominate,” and slandered all surges whatsoever of the will to power. Delusionally, ideologically, resentfully, power and the will to power were repeatedly denied and denigrated, and through a series of dirty moves, slave moralities eventually won out in the West and are now the form and origin of all modern moralities. Not only Judeo-Christian, but all. Even for the secular freethinkers propounding compassion and egalitarianism and “rationally derived” moralities, the results are the same: impotence, ressentiment, soul sickness, life-denial.

Despite wholly disagreeing with his direction, despite seeing goodness as good, despite seeing large power imbalances as rather creating master and slave “immoralities” that monstrously rend society into strong and weak, lord and servant, have and have-not, I think the fundamental insights of Nietzsche’s geneaology are basically sound. For one, power is. It just is. All that is vital is empowering. Denial is ideology. Suppression is soul-sickness, immiseration, living death, etc.. But power (a larger term) is different than oppression and domination, different than overpowering. Use differs from abuse. Power builds bridges, bungalows, amphitheaters, hospitals. Power wrote the Upanishads, the Comédie humaine, the Brandenburg concerti, Shake Appeal. Power plays, wins, and loses games and battles. It makes you laugh, blush, dance, cum, race, revel. Social reality depends on us finding as many possible forms of empowerment, however frankly absurd. 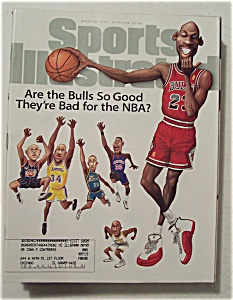 Differences and inequalities necessarily arise in those exertions of power, not to mention bruised feelings and shattered hopes. But just as excessive inequality opens the gates to hell, we have to be wary of an excessive equality, an inequitable equality, an oppressive and punitive egalitarianism, that suppresses and thwarts power even in the best senses of the term. Power must have effect and gains to be power at all. In this regard, Nietzsche is not altogether wrong to see in what he calls the “stunting and levelling of European man” the death of desire, incentive, and life. Nor are conservatives like the novelist James Fenimore Cooper entirely offbase in asserting that “inequality is the simple result of civilization, unaided by any of those factitious plans that have been elsewhere devised in order to augment the power of the strong, and to enfeeble the weak.” They just seem to think, all or nothing, that any inequality qualitatively justifies all inequality. Rather, we need some inequality, without too much, in order for power to operate. We need power without overpowering, without the oppression and domination which, if we think about it, actually decreases the sum expression of the life-forces and wills-to-power.

I’m no basketball fan, but I remember years ago, in a waiting room, reading an article in Sports Illustrated that asked: “Are the Bulls So Good They’re Bad for the NBA?” This wasn’t, as some misread, a plea for mediocrity, for less-goodness. Completely the opposite: the domination of the Bulls (or other dreamteams, in other sports) actually dulls the game, the triumph and the will to power, for all. The audience loses interest and desire as the season grows predictable. The predictably beaten teams grow despondent as a championship becomes unrealistic. And— the kicker— even the members of the dreamteam start to dull and languish without a match, without challenge and true agon. Pace Nietzsche, domination saps the vital forces. Domination is precisely that arrangement of power in which all real contest and agon are over, in which cathexis and excitation have dissipated; the distribution in which the dominant no longer must use their powers and the dominated no longer will or may. What is the right portioning of power, then, that maintains everyone within the arena of consequences and resistance and agon but allows, encourages— maximizes actually— the will to power and its good effects? What is the distribution, to use Nietzsche’s own term, that most activates our Aktivität and makes us really flex?

The formula, or rule-of-thumb, that I’ve been sketching is one where the distribution of power in society is proportional to the “passions, talents, and efforts” of its members. A distribution that reflects them. Responds to them. Challenges, excites, strains them. Taps into them to find their greatest fulfillment. This formula offers some room for interpretation, obviously, just as the 1789 Declaration of the Rights of Man and Citizen permitted social distinction only in so far as it benefits the “common utility.” “Men are born and remain free and equal in rights. Social distinctions may be founded only upon the common utility”— “Les hommes naissent et demeurent libres et égaux en droits. Les distinctions sociales ne peuvent être fondées que sur l’utilité commune.”

Ambiguities like this have been exploited before, as when the ideal of “common utility” gets sublimed to the point where all citizens are expected to sacrifice themselves to it. It becomes what Nietzsche called an “ascetic ideal”— only plaguing the body politic. But if we don’t sublime the “common” (i.e., “the People”), if we don’t sublime “utility” (i.e., crass utilitarianism or reductive instrumentalism), there’s still a lot to be heeded and cherished (as with most things from the Enlightenment legacy, if you ask me). To think in terms of “passions, talents, and efforts” is just one way to help keep things relatively unsublimed: we have our own personal panoply of passions, talents, and efforts (and I love this word, “panoply”). This formula also switches up the typical Enlightenment emphasis on liberty (negatively and therefore more abstractly understood) for power or powers (as positive and more easily understood as concrete capacities). And in a way that I’ll talk about more in the next stretch of notes, our “passions, talents, and efforts” are less “alienable” than the natural rights offered by Enlightenment and Revolutionary documents, which in truth depend on tremendous social reinforcement, and more fair, feasible, and empowering than the equality of conditions envisioned by 19th century egalitarians.

Please indicate below the emails to which you want to send this article: QP(1.1) Expanded Notes to Self: Equity, Iniquity and Inequality. “Passions, Talents, and Efforts”