The Dialects of Experience: on Drugs and Madness.

Posted on November 8, 2009 by brandonjoyce

Please indicate below the emails to which you want to send this article: The Dialects of Experience: on Drugs and Madness. 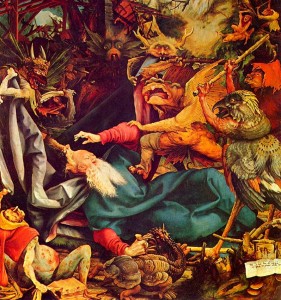 August, 2009. Shawn Kornhauser and I tried our hand at touring, roughly based on the musical model. I lectured. He showed a short film. We followed the tour through the South— Virginia, North Carolina, Georgia, Alabama, Tennesse, and back to Philadelphia, testing the waters in various venues.

The lecture I gave was on an unwritten thing that had been banging around in my head for a while: On Drugs and Madness, or The Dialects of Experience. And rather than presenting myself as an expert— which I certainly am not— I wanted to play the ignorant schoolmaster, and shop around some ideas… See how they would be popularly received… begin conversations where possible… have people come up after the lecture and tell me I was a monster or a buffoon or maybe onto something… I was ready for perplexed looks.

I got home and never really typed it up in a solidly complete form. Instead, I still have this line of thought, with a bunch of notes. A bundle called the Dialects of Experience that will probably remain an on-going hermeneutical venture for me. It starts in drugs and madness, but hopefully will slowly expand into other dialects and divergent vistas. Mostly a collection of questions, it gladly welcomes remarks and anecdotes from others… even from weirdos.  I especially want experiential feedback; stuff about yourself, your mom, your fucked-up friends. But, nota bene: the whole thing needs to be served up with plenty of caveats and qualifications. That namely: I’m not a mental health professional, and don’t know what I am talking about, I’m asking others what they think, and doing this from an intellectual curiosity, not from a sense of social responsibility, I’m interested in the epistemological questions of purportedly otherish states; not in questions of Health, Cause, or Treatment. The valise— and the lecture tour with Shawn Kornhauser that preceded it— are just intended as a first stab at things… So, here are the first six installments, which formed the basis of the lecture… with plenty more to come…

The Dialects of Experience, On Drugs and Madness

VI. In the Forum.

Please indicate below the emails to which you want to send this article: The Dialects of Experience: on Drugs and Madness.

One Response to The Dialects of Experience: on Drugs and Madness.